Some links on my website may be affiliate links and I may earn revenue from purchases as a result of buying something through those links.

My husband had been eyeballing a new Spanish Mexican inspired chicken recipe for over a week.  He’d planned to try it over the Labor Day holiday but unfortunately, he didn’t get a chance.  My daughter had a teen club BBQ come up last weekend and he took that opportunity to finally make the chicken.  It was delicious.  We brought about 50 drumsticks to the BBQ and they were all gone in less than 30 minutes.  It’s safe to say that they were a major hit!

Here’s a little about the process.  He purchased 5 pounds of drumsticks and a variety of seasonings.  He made a rub with the seasonings.  The rub included:

r the chicken was rubbed down, he smoked it for about three hours.  He placed the chicken directly onto the smoker grill shelves.  Next, he moved the chicken from the smoker to the oven to finish it off there for approximately 30 minutes on 350 degrees.  I’d asked him to set aside a few pieces for us to eat later for dinner.  I have to say that even after we reheated it, it will still pretty delicious.  The meat was very tender and the seasonings were tasted all throughout the meat.  The chicken was literally falling off of the bone. I’d love for him to cook this dish again but adding some yellow rice and corn or rice and beans.  It would be a great addition to the meal.

My husband uses the Smoke Hollow smoker and he loves it.  We’ve had it for many years.  When he cooks using it, the meat always comes out so tender and flavorful.  In addition to this smoker, he has a smoker connected to his grill but instead of using that option, he opts to use the standalone Smoke Hollow smoker every time.

You may also enjoy:

Welcome to TheYogaChick.com. Empowering women to be healthy and well, travel, and have fun!

END_OF_DOCUMENT_TOKEN_TO_BE_REPLACED

Shop more of my closet on Poshmark 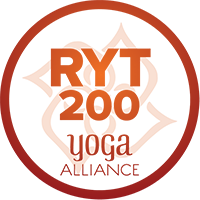 Some links on my website may be affiliate links and I may earn revenue from purchases as a result of buying something through those links.

Help spread the word. You're awesome for doing it!